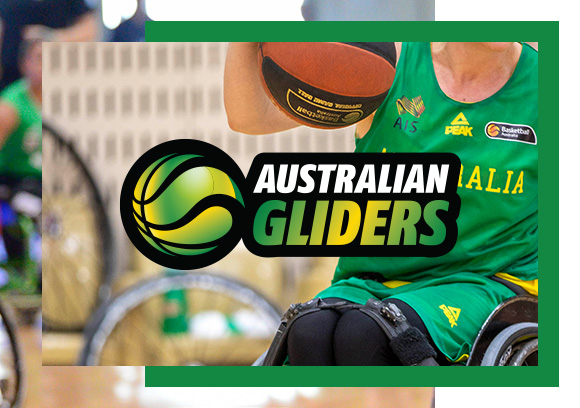 Those named in the 20-person Gliders squad will be vying for selection in the final team to represent Australia at the 2021 Tokyo Paralympics, set to take place from August 24 – September 5.

It is a new look Gliders squad, with just two previous Paralympians named in Amber Merritt and Sarah Vinci.

Newly appointed Gliders head coach Craig Friday said; “It will be great to get the group together and throw some new challenges at the athletes. I am excited to implement some new strategies and see how quickly we can adjust and adapt.

“The athletes have been very receptive to my leadership and the philosophy we have implemented off the court, now it is time to challenge it on the court.”

Australia is one of ten teams who will compete in the women’s wheelchair basketball competition in Tokyo. Split across two groups of five, they will play a round-robin in the preliminary stage to decide the top four placings in each group followed by quarter-finals, semi-finals and final.

The Gliders last Paralympics medal was at the 2012 London Games when they claimed silver, having secured bronze at Beijing (2008) and silvers at both the Athens (2004) and Sydney (2000) Games.

The squad will continue their preparation for Tokyo when they assemble for a camp at Basketball Australia’s Centre of Excellence at the Australian Institute of Sport in Canberra from January 28 – February 4.

The 2021 Gliders Squad (in alphabetical order):

*Both Shelley Cronau (Vigo, Spain) and Georgia Bishop-Cash (injured) are not able to attend this camp.